The Imam Rza Mosque was built on the initiative of the local community and with their broad involvement between 1990-2005. However, the mosque fell into disrepair and required  renovation. The elders of Bina asked the Heydar Aliyev Foundation for help and the foundation took on the task. The mosque’s fence was taken down and rebuilt from scratch, the gate and iron railings replaced. The domes of the building and the 21-metre tall minaret were also completely stripped down and rebuilt. The doors and windows were replaced, the walls and ceiling decorated and ornamented. The mosque can now admit up to 230 people at a time.

The Imam Rza Mosque reopened for worship following the reconstruction activities on June 6, 2013. Azerbaijan’s First Lady, President of the Heydar Aliyev Foundation and MP for Khazar District, Mehriban Aliyeva, and her daughter Arzu Aliyeva were in attendance. 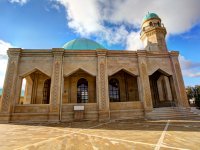 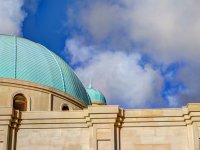 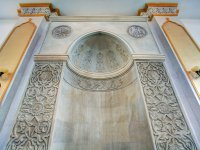 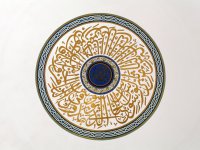