Jorat Mosque, distinguished for its unique architecture, was built by a local resident named Haji Ali in 1707. Total area of the mosque is 800 square metres, while the prayer hall is 200 square metres. The dome of the mosque, which is set 1.5 meters below ground level, rests on four arched columns and has four windows in the lower half. The mosque has preserved its original appearance.

Corat is one of the oldest and wealthiest settlements in Absheron. There are many historical monuments here. Haji Kichikbey, Haji Humbat, Gulhatun mosques of the XVI - XVII centuries, baths, statues in the old cemetery, stone books, tombs, shrines and remains of the Shah Abbas caravanserai are now protected as a historical monument. Some of the stone books are preserved in historical museums in Baku and other cities. 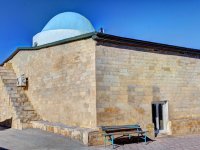 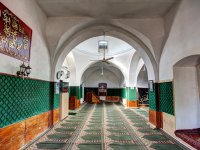