The Jeyranbatan Mosque, commonly known also as the “Jeyhun-khanum and Haji Ahmad’s Mosque,“ is located in the same-named settlement of Jeyranbatan. The mosque was built with the financial assistance by the Department of Religious Affairs of Turkey  and turkish business people between 1997-1998. The mosque’s interior covers ner space is 225 square metres. The minaret, built of brick, rising up to 30 metre.

Ceyranbatan, a city-type settlement in the city of Baku and Sumgait, was built in 1955 in connection with the construction of a huge reservoir of the same name. However, the history of both Sumgait and Ceyranbat dates back to the middle of the last century. Even according to a legend, a beautiful girl named Jayran, who was shaken by the death of her lover in a battle with enemies, says, "Sum, come back," and she throws herself into the lake here. Since then the lake has been called "Jayranbatan" and the name of the nearby area is "Sumgait". It is well known from history that caravans, that is, points on the Silk Road, have been inhabited since ancient times. 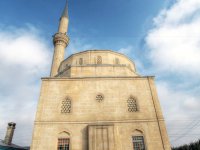 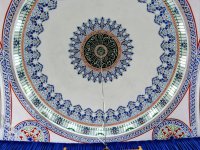