The mosque stands on one of Baku’s highest spots, the sacred Avenue of Martyrs. It was built in 1993-96 by Turkey’s Department of Religious Affairs. The following words were written on the mosque’s plaque: “This mosque was built by the Department of Religious Affairs of Turkey, on behalf of the Turkish people, to commemorate the fallen heroes who died defending Azerbaijan. The Martyrs’ Mosque is an offering from the Anatolian Turks to their Azerbaijani brethren.“

The mosque itself, built in the Ottoman architectural style, is 15 metres tall, while its minarets rise 30 metres. The main cupola displays the Al-Ikhlas Sura of the Holy Koran in fabulous calligraphy; religious inscriptions have also been engraved above the Mihrab and elsewhere in the mosque. 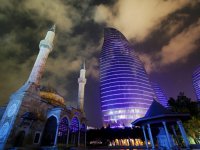 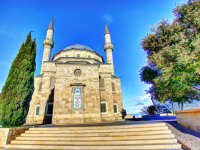 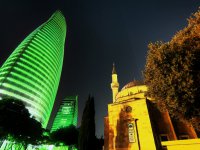 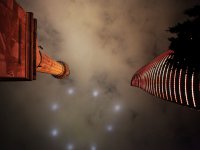