One of the largest mosques in Baku, the Garachukhur Mosque was built in 1996 by Turkey’s Department of Religious Affairs and charitable donors. Built in the traditional Ottoman style, the mosque has a minaret approximately 22 metres tall,  two floors and a 750-square metre prayer hall. The pulpit and chair were hand-made in Turkey. Verses from the Sura Al-Ikhlas are written in calligraphy around the half-dome of the mosque, while the Ayat al-Kursi is inscribed on the Mihrab. 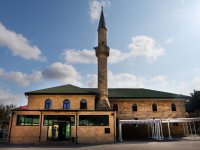 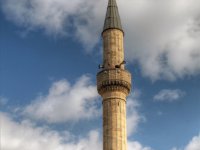 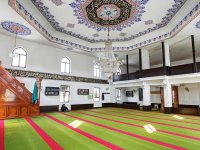