The mosque was built by Baku millionaire Haji Sultan Ali between 1904-1910. The mosque is close to the centre, immediately behind the Nizami underground station. The distinctive mosque was built in a Tabriz-Ardabil style. It has a single minaret, approximately 25 metres tall.

The mosque's dome, with its lower-rounded windows, still stands on columns and arches that make 12 rows of cells in a circular hall. Inscriptions of the Holy Quran are engraved on the walls of the cells. Outside the building is rectangular. The entrance door is inside the basement. The natural illumination of the mosque is very interesting.

The Haji Sultan Ali Mosque is not the only one with this particular architectural style. Similar mosques were built in Balakhani and a residential district in Baku called Lahij. According to newspaper reports, the remains of a Turkish soldier were unearthed by the minaret as the mosque was being restored after Azerbaijan regained its independence. The remains of an unknown soldier from the Caucasus Army of Islam, which freed Baku from the enemy on September 15, 1918, were re-buried in the mosque’s courtyard with full honours. 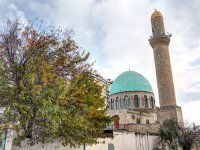 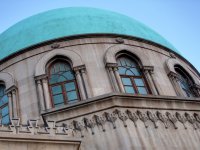 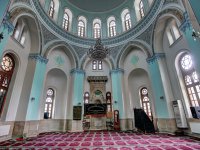 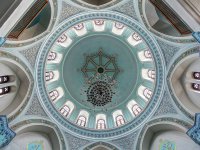 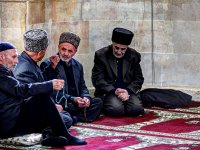