The Ilahiyyat Mosque, located on the campus of Baku State University, was founded in 1993. The mosque is named after the BSU Theology Department, for which it was constructed. The mosque was built with the Ottoman architectural style by Turkey’s Department of Religious Affairs. It has a single minaret, 27 metres tall, and a spacious, three-storey prayer hall. The Ilahiyyat Mosque, which has one of the largest prayer halls in Baku, can receive up to 2,500 people at the same time. 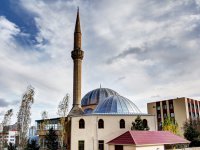 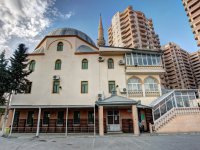 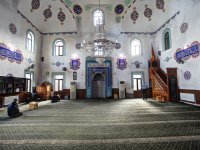