Haji Ajdarbay Mosque situated at Samad Vurgun Street of Baku was built in 1912-1913. The Mosque’s architect was Zivar Bey Ahmadbeyov. Since the dome of the temple is blue it is called “Blue Mosque” across the nation. Influential religious scholars and clerics were Mullah in this Mosque. The most prominent of them is Haji Ali Ibrahim. Koranic surahs were engraved on the walls Haji Ajdarbey Mosque and the inner side of the dome. The interior of the mosque was decorated with a refined design and floral ornaments that it gives a special beauty to the mosque. In the first years of Soviet power, the temple was used as an army barracks and only in 1944 it regained activity together with Taza Pir Mosque. The grave of  Haji Ajdarbey Ibrahimbeyov built  a house of worship and known as a philanthropist is at the entrance of the mosque. As a result of the initiative and care of the president of the Republic of Azerbaijan the mosque was substantially renovated  and was opened in 2011. 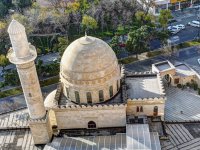 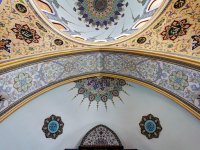 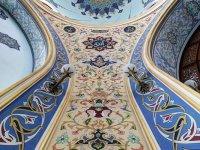 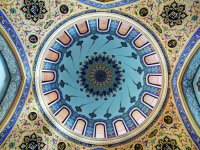