The Mosque constructed on the instruction of the Head of the State was built in the 12 thousand square meters area. The mosque’s facade was covered with special stones in Shirvan-Absheron architectural style and the richness of the ornaments created special architectural harmony in facade. Four  95-meter-high minarets were  built here. The President maintained a constant focus on the construction of the mosque, inquired about the progress of the construction work carried out, come here on a relugar basis and  gave the relevant instructions on the work done. There were used special decoration elements in the mosque situated within an area of 4200 square meters, there were written Quranic surahs on the edges of the dome. 55-meter high general dome, including 35-meter high second dome gives special beauty to the interior of the mosque. Haydar Mosque was opened in 26 December 2014. 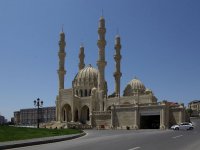 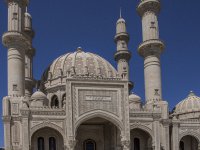 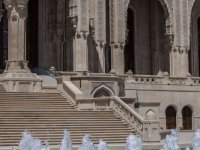 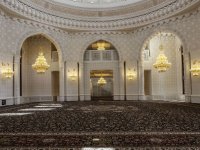 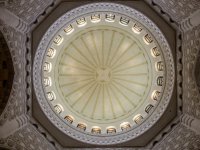 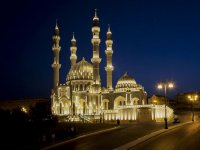 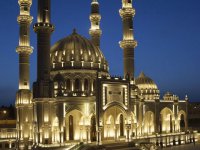