The captive monuments of Shusha

Azerbaijan begins from Karabakh and ends in Karabakh today. The world must understand that Azerbaijan will no exist without Karabakh! It is the main aim of every azerbaijanian - teacher, doctor, engineer, worker, peasant, chaplain and devouts. Karabakh must be promoted as favorited, the realities regard with Karabakh must be known and notified. The history is  the foundation both of the past and future. The  religious and national historical monuments are the face of the nation and the symbol of the homeland. The religious-historical and cultural monuments of the country are the evidence that Kharabakh is an ancient Azerbaijanan land. armenians destroy the monuments of Azerbaijan in the occupied territories, change local place names deliberately. But they will not be able to change the history. Because the real history is only regard with the reality, the truth is one: Karabakh is the historical land and integral part of Azerbaijan. The aim of  “Monuments shot” heading is to disseminate the truth with the power of historical sights, religious and cultural monumnets of Karabakh.  It is also woeful travel to the history of Karabakh. Perhaps you will agree that it would be better to start from Shusha.

Shusa  one of the most beautiful parts both of Karabakh, Azerbaijan and Caucasus  is a fortress-city built in order to defend. Therefore it is not accidental that this ancient place is known as  “Shusha castle” between rounds today.  Panahali Khan Javanshir founder of Karabakh khanate in 1750 decided to build fortification on a accessible mountain in the place where  Shusha is located here  nowadays.  The convenient location strategically of Shusha ( in the past  had been called Panahabad in the name of Karabakh khanate) made it hard for the enemy, allowed the development of the city and  the construction of the national-cultural monuments. Shusha surrounded by Girkhgiz, Seam, Murov, Baggıran, Saribaba mountains is located at an altitude of 1400-1800 meters above sea level. Shusha is one of the wholesome resort-recreation centers in Azerbaijan for its air cleaning and healing. The territory is 289 square kilometers. The territory of Shusha includes a city and 31 villages. The city was occupied in 8 May 1992 and ruined.

5. Palace of Khan's daughter with her Khurshudbanu

7. The house-museum of Uzeyir Hajibeyov

20. The building is the first real school

21. Khan's daughter with her spring complex

23. The new bridge is the neighborhood

34. A large number of silver and copper

41. The complex of Karabakh khanate sofa

45. vizier of Karabakh khan Mirza Jamal Javanshir and his family mausoleum complex of the bay

49. The prison building, built with her Khurshudbanu

6. The two minarets of the healing center of the hole in the neighborhood

8. Syed Khalil Syed Ali's quarry in the neighborhood of 8 Seyyidli 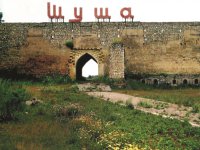 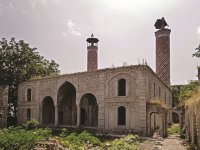 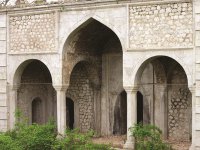 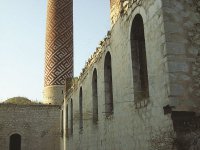 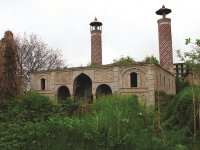 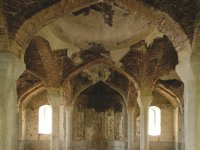 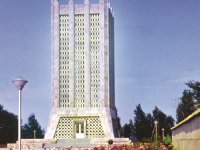 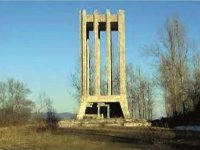 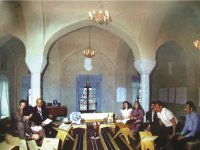