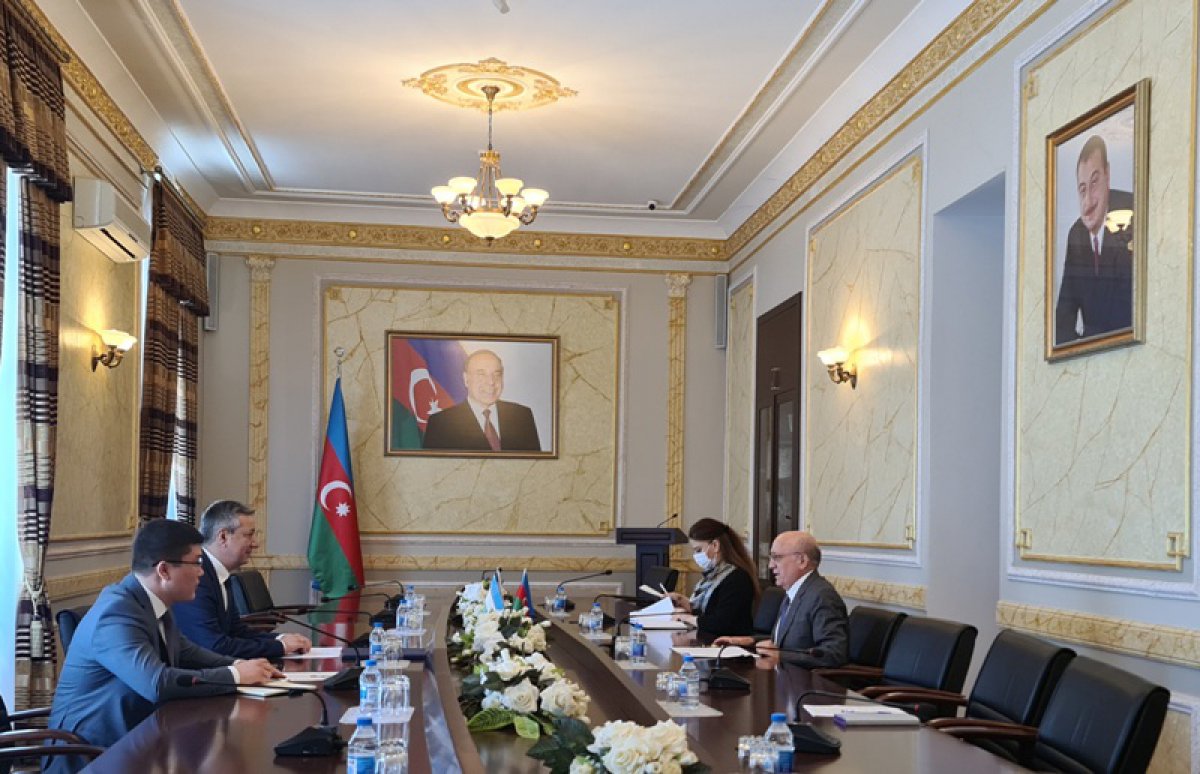 May 4, Chairman of the State Committee on Religious Associations (SCRA) Mubariz Gurbanli met Ambassador Extraordinary and Plenipotentiary of the Republic of Uzbekistan to Azerbaijan Bahrom Ashrafkhanov.

During the meeting, the Chairman of the Committee touched the friendly relations that have historical roots between the two countries, praised Uzbekistan's support of just cause of our country during the 44-day Patriotic War, which ended in a great victory for Azerbaijan, as another example of brotherhood. Reminding the last year’s meeting with the ambassador during the Great Patriotic War, Mubariz Gurbanli has said that restoration works have already been launched in the lands that liberated by Azerbaijan army under President of the Republic of Azerbaijan, Victorious Commander-in-Chief Ilham Aliyev’s leadership. Meanwhile Armenians have destroyed historical and religious sites in the occupied territories.

Mr. Gurbanli stressed memorandums of cooperation that signed between the State Committee on Religious Associations and the Committee for Religious Affairs under the Cabinet of Ministers of Uzbekistan as well as between Azerbaijan Institute of Theology and the International Islamic Academy of Uzbekistan. He said that although some events are not possible due to recent pandemic, relations are continuing successfully.

Expressing satisfaction with the cordial meeting, Ambassador Extraordinary and Plenipotentiary of the Republic of Uzbekistan to Azerbaijan Bahrom Ashrafkhanov, in his turn, once again delivered congratulations on glorious victory in the Great Patriotic War and ensuring peace in the region. The diplomat said that during the war, he visited Tartar, Barda and Ganja, expressed deep regret over the consequences of the war crimes committed by Armenia in our territories outside the warzone. He noted that during the visit to the region he witnessed acts of vandalism committed by Armenians in Agdam and Fizuli, which is called "Hiroshima of the Caucasus”. Construction works that launched in the liberated territories is an indication of Azerbaijan's confident steps towards new goals as a victorious state, Uzbekistan is interested in participating in construction and restoration works, Ashrafkhanov added to his speech. Speaking about the importance of further expanding ties in the religious field the ambassador touched the prospects for the growth of religious tourism between the two countries' agencies implementing religious policy. In this regard, joint activities and exchange of experience between the relevant agencies of the two countries have become necessary, he added. 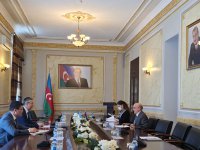 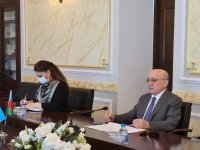 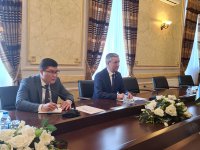