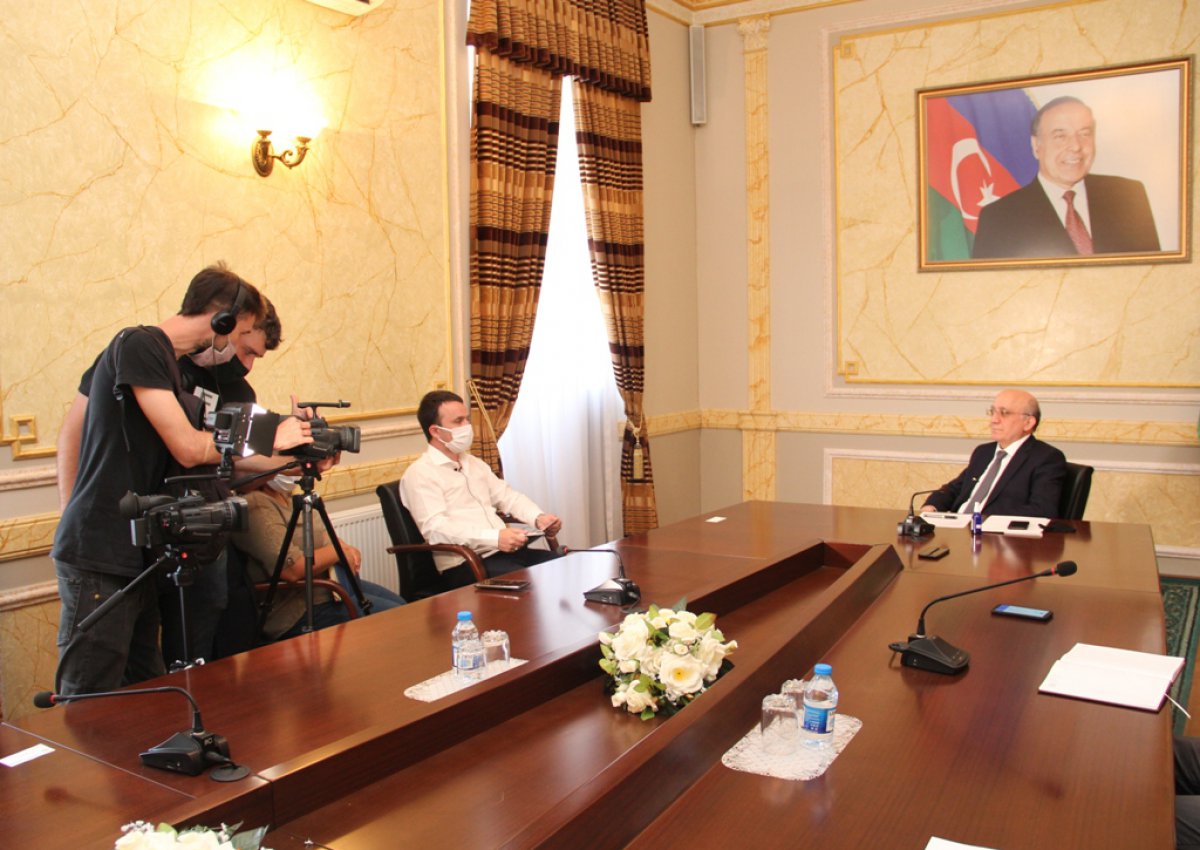 April 21, The Chairman of the State Committee on Religious Associations (SCRA) Mubariz Gurbanli gave an interview to Sautel Santiago, the journalist from “canal a” TV channel of Argentina.

In his interview, the Chairman gave detailed information about the history of religions, current religious environment, and support to religion by the state, inter-religious harmony and coexistence in Azerbaijan.

The policy founded by National Leader Heydar Aliyev in the area of relations between state and religion are being successfully continued by his worthy political successor, President Ilham Aliyev. Today, our people approach tolerance, which is promoted as a democratic value worldwide, not only through the prism of law, but also through the prism of moral values, rights of everyone regardless of  religion or nationality are protected by law in Azerbaijan, emphasized in the interview.

The Chairman noted that our country has created comprehensive legal-democratic conditions aimed at preserving ethnic and cultural identity of representatives of different religious confessions. Azerbaijan is a home to 2,250 mosques, 16 churches, 7 synagogues, Ateshgah temple of Zoroastrianism and places of worship of various religions, and the state has registered 970 religious communities 370 of which are non-Islamic. He also stressed that President of Azerbaijan constantly allocates financial aid to religious communities each year, religious enlightenment and promotion of national and spiritual values are being strengthened further in the country, at the same time religious communities implement various projects at the expense of this financial aid.

During the interview, Mubariz Gurbanli also touched upon the violent attitude of Armenians to historical and religious monuments in the historical and ancient lands of Azerbaijan, as well as the policy of falsification of historical monuments of Caucasian Albania. Armenians, who deliberately targeted and appropriated cultural heritage of our country, vandalized not only Islamic but also Christian sites in the occupied territories.

At the end, books that published by SCRA about the environment of religious tolerance in our country and the Armenian vandalism against our material and cultural heritage were presented to the guest. 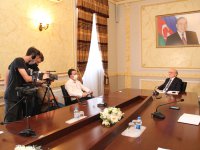 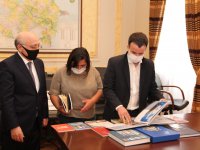 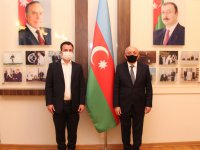