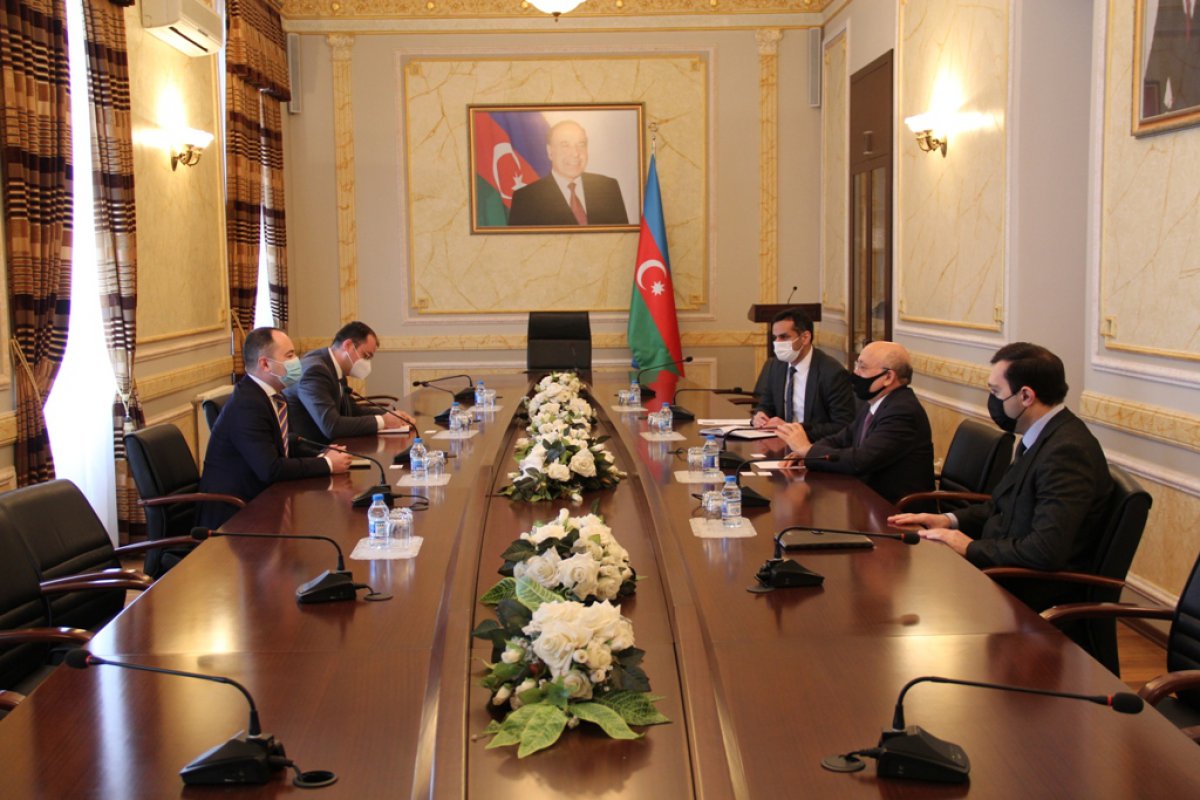 Chairman of the State Committee on Religious Associations (SCRA) Mubariz Gurbanli received the Ambassador Extraordinary and Plenipotentiary of Romania to the Republic of Azerbaijan Dan Iancu on March 11.

During the meeting, the Chairman of the Committee has said that the relations between the two countries, which go back to the early years of Azerbaijan's independence, continue successfully in all spheres, and Romania supports Azerbaijan's just position against Armenian aggression.

Speaking about the religious situation in Azerbaijan, the Chairman said that the policy of state and religion that was founded by National Leader Heydar Aliyev aimed at preserving tolerant and multicultural environment in the country is successfully continued by President Ilham Aliyev. Emphasizing that one of the goals of the state is to preserve and promote this environment, Mr. Gurbanli noted that the Azerbaijan has a strong tradition of tolerance and become one of the centers of multiculturalism worldwide. Azerbaijan is a home to 963 registered religious communities which 37 of them are non-Islamic, and each of the representatives of religious confessions in the country has the opportunity to preserve their material and spiritual values, culture, language and historical achievements, the Chairman added.

He stressed that Azerbaijan restored historical justice, liberated its ancient and eternal lands from the Armenian occupation during the 44-day war last year, rebuilding work had already launched in Karabakh and adjacent districts. Projects is being implemented to restore our material, cultural and religious heritage that subjected to vandalism by Armenians.

Noting the expiration of his term in the office, Ambassador Extraordinary and Plenipotentiary of Romania to the Republic of Azerbaijan Dan Iancu mentioned that during the past period Azerbaijan had realized several important international projects such as TANAP, TAP, Baku-Tbilisi-Kars railway and so forth, hosted events aimed at developing dialogue between cultures and civilizations. According to him, last year a significant event for Azerbaijan was the liberation of its lands. The Ambassador said that our countries are similar in terms of paying attention to tolerant and multicultural values, importance of further expanding cooperation in this direction is important.

During the meeting, the possibilities of further expanding ties in the religious sphere  as well as other issues of mutual interest were the subject of discussion. 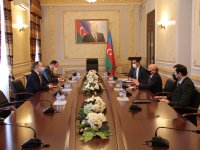 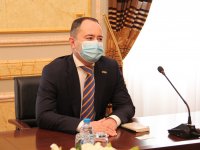 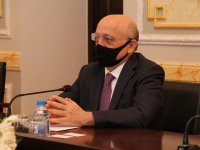