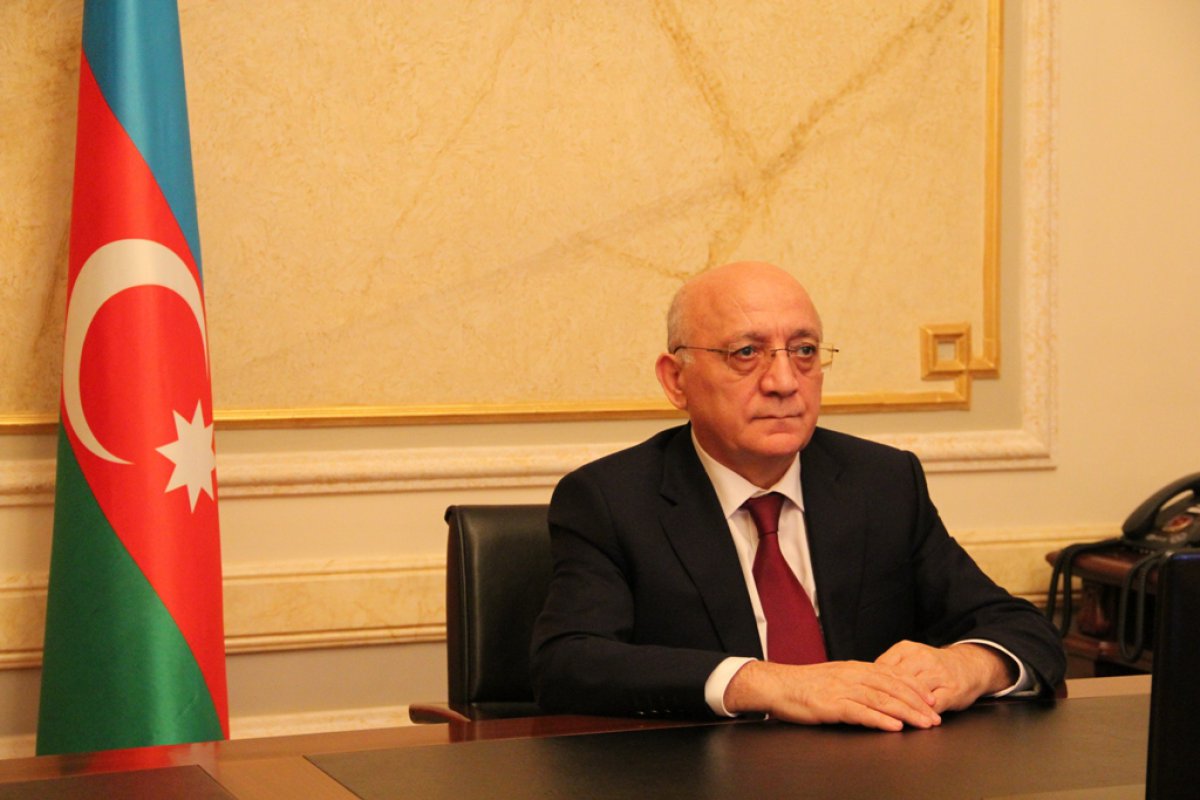 At the third Ministerial Conference to Advance Freedom of Religion or Belief organized by  the Government of Poland  on November 16-17, 2020 in  the form of a video conference, was attended by the foreign Affairs ministers and deputy foreign ministers of about 60 countries, including representatives of influential international organizations, and special ambassadors on  religious freedom.

The third ministerial conference, scheduled for July in Warsaw, Poland, has been postponed several times due to Covid19 pandemic, and it was finally decided to hold the event online on November 16-17. Chairman of the State Committee on Religious Associations Mubariz Gurbanli represented our country at the event.

Opening the conference, Minister of Foreign Affairs of the Republic of Poland Zbigniew Rau underlined that freedom of religion or belief is a fundamental human right. Unfortunately, many people, particularly those belonging to religious minorities, are experiencing violations of this fundamental right, and the COVID-19 pandemic has only made this problem worse. The minister called on the conference participants to step up their efforts to protect and promote freedom of religion or belief.

In his opening speech, US Secretary of State Mike Pompeo thanked Poland for hosting the conference and pointed out that events such as today’s conference give hope that efforts to guarantee freedom of religion or belief will continue.

Speaking at the video conference, Chairman of the State Committee Mubariz Gurbanli spoke about, the state-religion model implemented by Azerbaijan under the leadership of President Ilham Aliyev is based on secularism, tolerance and multicultural principles and attention and care  to religious denominations and communities at the state level.

Touching upon Armenia's aggression against Azerbaijan, Chairman noted that during the occupation of the Nagorno-Karabakh region of Azerbaijan and 7 surrounding regions by Armenia. mosques, shrines, churches, cemeteries have been destroyed here, and our mosques have been turned into animal stables. He also stressed the fact that the churches belonging to the historical Caucasian Albania were subjected to Armenianization.

At the same time, Gurbanli noted in his speech that as a result of the military attacks launched by the Armenian side from September 27 to this year, Azerbaijani settlements, as well as historical and religious monuments have been regularly hit by heavy artillery. Consequently, a total of almost 100 civilians including children and women were killed. As a result of successful counter-offensive operations carried out by Azerbaijan, many occupied territories were liberated, the occupant Armenia was severely defeated. He said that for almost 30 years, our territories under enemy occupation have been liberated and Azerbaijan will carry out construction works in the liberated territories, including the restoration of all historical and religious monuments.

Chairman brought to the attention of the participants to the exposing the enemy's attempt at their aggression under the guise of religion and he said that thousands of Armenians live freely in our country as  well as representatives of Muslim, Christian, Jewish and other religions and the state-protected Armenian Apostolic Church in central Baku.

At the end of his speech, Gurbanli praised the creation of unity and harmony among people today, the calls of religious leaders to criticize extremism, terrorism and separatism as the main contribution of religions to the people. Most of the participants in the Ministerial Conference spoke about the successful policy pursued by their countries in the field of freedom of religion and belief. Many speakers also expressed concern about the current state of freedom of religion and belief in the world, and emphasizing the terrorist attacks that took place on religious grounds in some countries, especially in Europe.

Concluding the discussions of the first day of the Ministerial Conference, Secretary of State of the Polish Ministry of Foreign Affairs Piotr Wawrzik  drew attention to a number of concrete actions that can be  implemented by the international community to ensure religious freedom, such as inter-religious dialogue and the proper use of modern technologies.

It should be noted that during the Ministerial Conference, in order to strengthen international cooperation in the field of protection of freedom of religion and belief, eight statements were made by the participants. These statements covered the following issues on the promotion of interfaith dialogue, the protection of freedom of religion and belief during the COVID-19 pandemic, the protection of minorities persecuted for their religious belief, the contribution of religious figures to peacebuilding, the relationship between the Sustainable Development Goals and religious freedom, as well as issues related to the use of technology.

Azerbaijan , as a state that promotes freedom of religion and belief, protects the rights of religious minorities and promotes inter-religious dialogue, also joined those statements.

Mubariz Gurbanli, Chairman of the State Committee on Religious Associations, represented our country at the event of the Ministerial Conference initiated by the US Government in 2018, which was held on July 16-18, last year in Washington, DC. And   he held important meetings and spoke about the multicultural and tolerant policy of the Azerbaijani state to protect religious freedom.

As a result of the Washington conference, the Azerbaijani side joined several statements on the promotion of religious freedom. 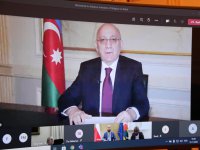