Mubariz Gurbanli: All religions sent to the earth promote love, mercy and peace, however, terror is the opposite 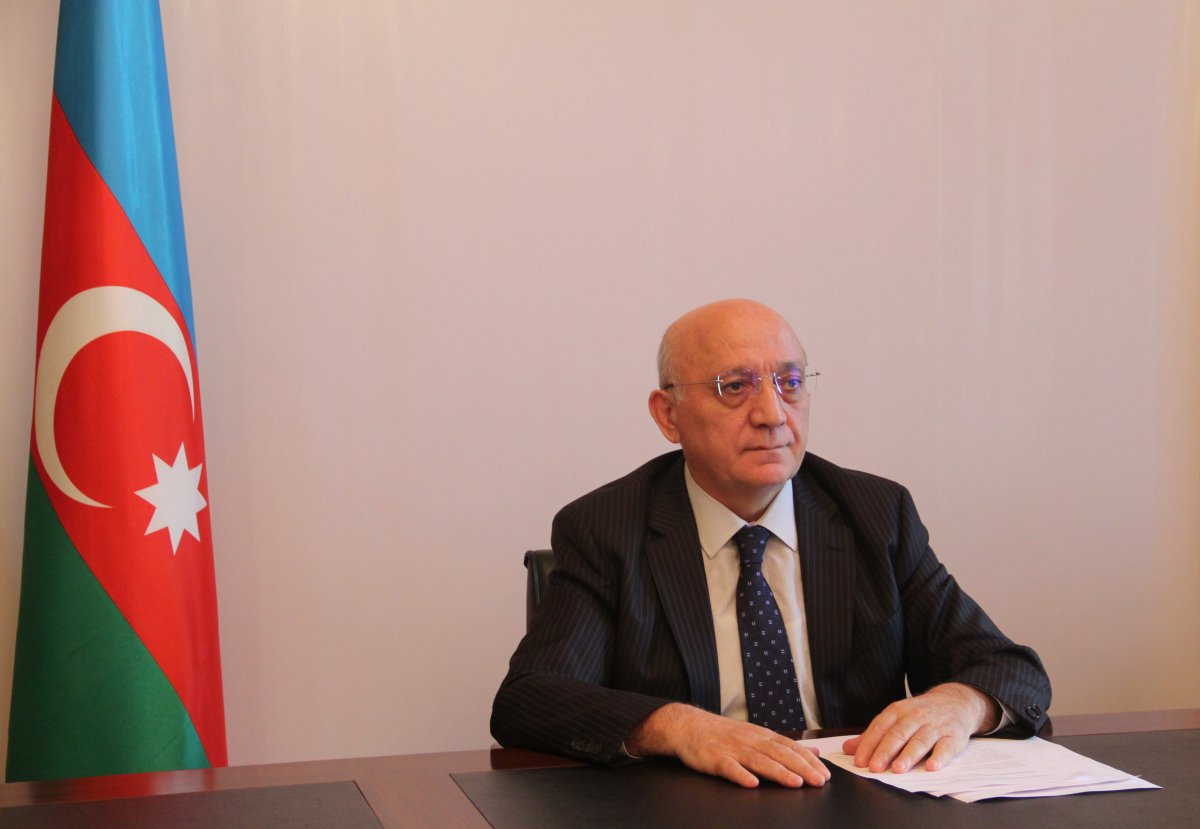 A virtual meeting of religious leaders of the Organization of Islamic Cooperation (OIC) was held in Istanbul on October 20.

Speaking at the meeting, Allahshukur Pashazade gave an information to the religious leaders of the OIC member states on the current situation in Karabakh.

It is no secret that the main issue of international relations in modern times is the problem of universal security. In this regard, the organization of a consultative meeting of religious leaders of the Organization of Islamic Cooperation is commendable.

Mubariz Gurbanli, chairman of the State Committee on Religious Associations, voiced these views during his speech at the meeting.

Mubariz Gurbanli noted that terror and massacres are being committed all over the world, accompanied by the brutal killing of innocent people, and countries that are hostile to each other for fabricated reasons face bloodshed. These events, which take place in countries with very different histories and cultures, may have their own causes and sources. All religions sent to earth promote love, mercy, and peace, however, terror is the opposite. Therefore, the source of the idea of any terror should be sought not in religion, but in lack of religion, political interests and benefits.

Unfortunately, it must be acknowledged that in modern times, terrorist attacks are more common in Muslim countries, and Muslims suffer from its severe consequences.

The chairman of the committee noted that Azerbaijan is one of the countries that have repeatedly suffered from terrorism and is still experiencing its consequences. Located at the crossroads of Europe and Asia, on the historic Silk Road, Azerbaijan is known around the world as a land of tolerance, endurance and multiculturalism.

Thanks to the state-religion model founded by the great leader Heydar Aliyev and successfully continued today by President Ilham Aliyev, freedom of religion and multicultural harmony have been ensured in our country. Azerbaijan is an exemplary country in the modern world in terms of relations between religions and cultures, in general, a multicultural society.

Stressing that Armenia is the only country in the South Caucasus that hinders dialogue and coexistence, M.Gurbanli said that the aggressor country occupied the Nagorno-Karabakh region of Azerbaijan and 7 adjacent regions, forcing more than a million Azerbaijanis, including Christians and members of other religions to live as refugees and internally displaced persons. Islamic temples - mosques, shrines, cemeteries - were destroyed in the occupied territories, and places of worship were turned into animal stables.

It was noted that thousands of historical, cultural and religious monuments and Muslim cemeteries were destroyed in the Armenian-occupied territories of Azerbaijan. At the same time, the Christian monuments of Caucasian Albania, the historical heritage of the Azerbaijani people, have been Armenianized.

Recalling that four UN Security Council resolutions adopted in 1993 called for the full, immediate and unconditional withdrawal of Armenian forces from the occupied territories of Azerbaijan, Mubariz Gurbanli said: "Unfortunately, Armenia has been ignoring the resolutions for almost 30 years. Over the years, Azerbaijan has supported a peaceful solution to the issue and demonstrated a constructive position in the negotiations mediated by the OSCE Minsk Group co-chairs since 1994. The Armenian side has purposefully violated the talks under various pretexts and continues to do so today. As a result of the attacks of the Armenian armed forces, settlements not belonging to the conflict zone of Azerbaijan - Ganja, Ordubad region of Nakhchivan Autonomous Republic, Mingachevir, Naftalan, Khizi, Absheron, Goranboy, Dashkesan, Tartar, Barda, Agdam, Agjabadi, Yevlakh, Fuzuli and Beylagan cities and districts, as well as historical-religious monuments were regularly subjected to heavy artillery and rocket fire.

In total, 60 civilians (including children and women) have been killed, about 300 injured, 1,704 houses, about 100 apartment buildings have been destroyed and more than 300 civilian objects were severely damaged as a result of heavy artillery and missile strikes by the Armenian armed forces since September 27. All this is a clear example of the violation of the norms of international law and humanitarian principles of the occupying Armenia, including the 1949 Geneva Conventions. The current criminal act committed by Armenia against the civilian population is a continuation of the act of genocide committed on February 26, 1992 during the occupation of the Azerbaijani city of Khojaly.

In his speech, the chairman of the SCRA touched upon Armenia's attempt to present the war it started as a result of the occupation of internationally recognized Azerbaijani territories on a religious level, emphasizing that the main goal is to achieve Christian bigotry in the world community.

The chairman of the committee also said that Azerbaijan's just war for the liberation of the territories occupied by Armenia is supported by a number of countries and international organizations, as well as the Organization of Islamic Cooperation.