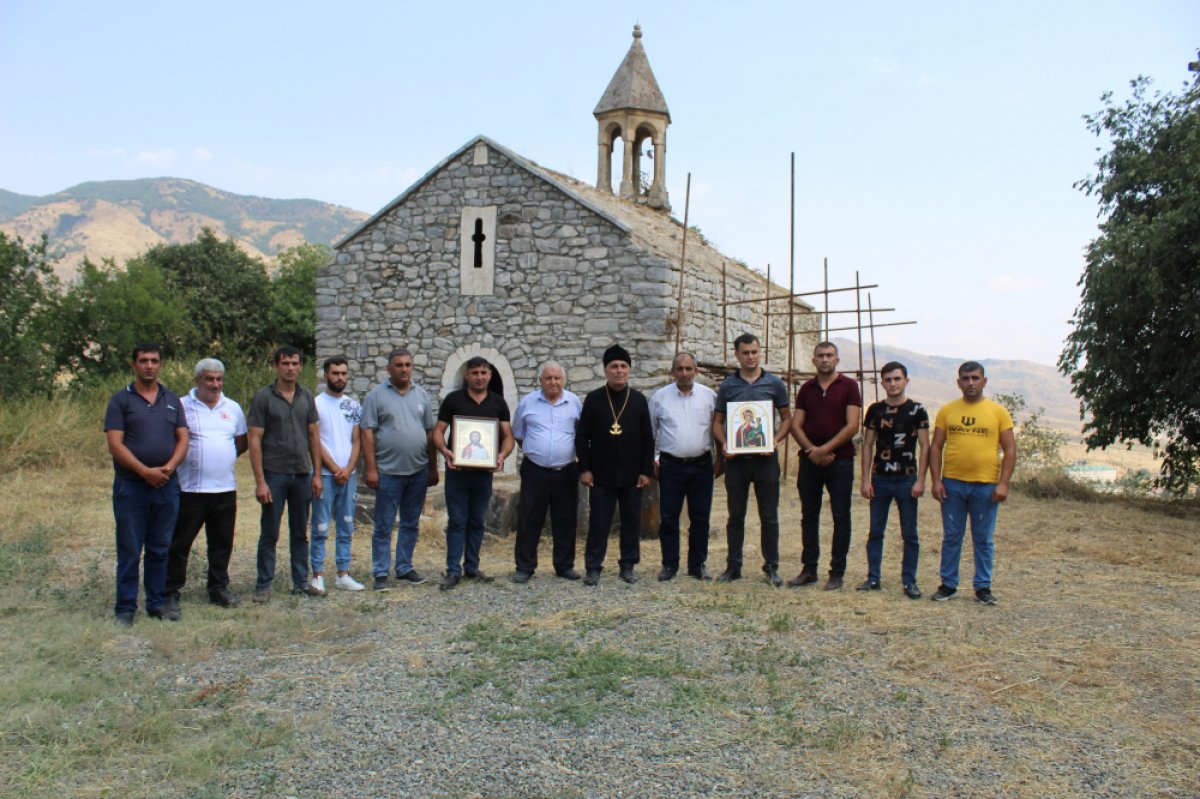 Members of the Albanian-Udi Christian community arranged by the State Committee on Religious Associations visited the Aghach church which had been inherited from its ancestors for many years. Here, they performed a religious ritual, lit candles and read prayers.

Chairman of the Alban-Udi Christian Religious Community Robert Mobili has said that this church belongs to ancient Caucasian Albanian state. There are two ancient Albanian temples in Hadrut settlement. One of them is Aghach church. The church is located in the village of Chinarli and dates back to the 10th century. The other one is the Blessed Virgin Mary Church, the 12th-century Albanian building. During occupation, the Armenians had tried to appropriate church by making falsifications with certain changes. Here they had made inscriptions in Armenian and changed the altar area. Whatever they do, they cannot change the history.

“Historical justice has already been restored. For thirty years, our lands had been under Armenian occupation, and our religious temples had also been in captivity. However, thanks to the strength of our victorious Army, our churches are also free. Churches built in the 10th and 12th centuries welcome the true owners, the Albanian Udis. After many years, they performed religious rites in the temples of their ancestors. We saw that the Armenians had tried to appropriate this church, too. At first glance, you can see that the stones with Armenian inscriptions, brought here later on, are new. But falsification of historical justice is not so easy. Because everyone recognizes that this heritage and these lands belong to the Azerbaijanis,”-the chairman of the community has said.

According to him, Albanian-Udis, who are the true heirs of the Apostolic Churches, preserve their religious beliefs and keep alive them in a tolerant and multicultural Azerbaijani society. A notable example of this is the fact that today we visit the Albanian temple together. As President Ilham Aliyev said, restoration works are being carried out in the liberated territories, including in these churches, which will be restored and returned to their true successors.

Albanian churches located in the Hadrut settlement of Khojavand district have been registered by the Ministry of Culture of the Republic of Azerbaijan as historical and architectural monuments of national importance. 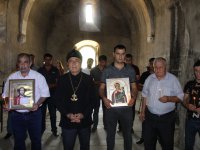 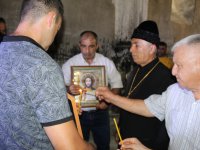 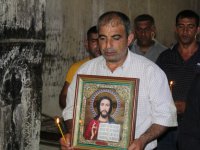 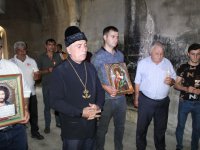 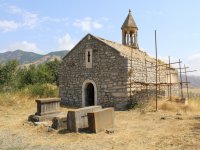 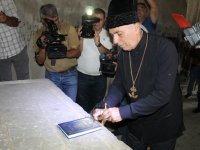 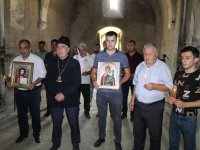 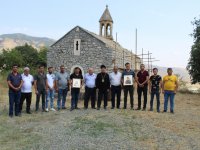