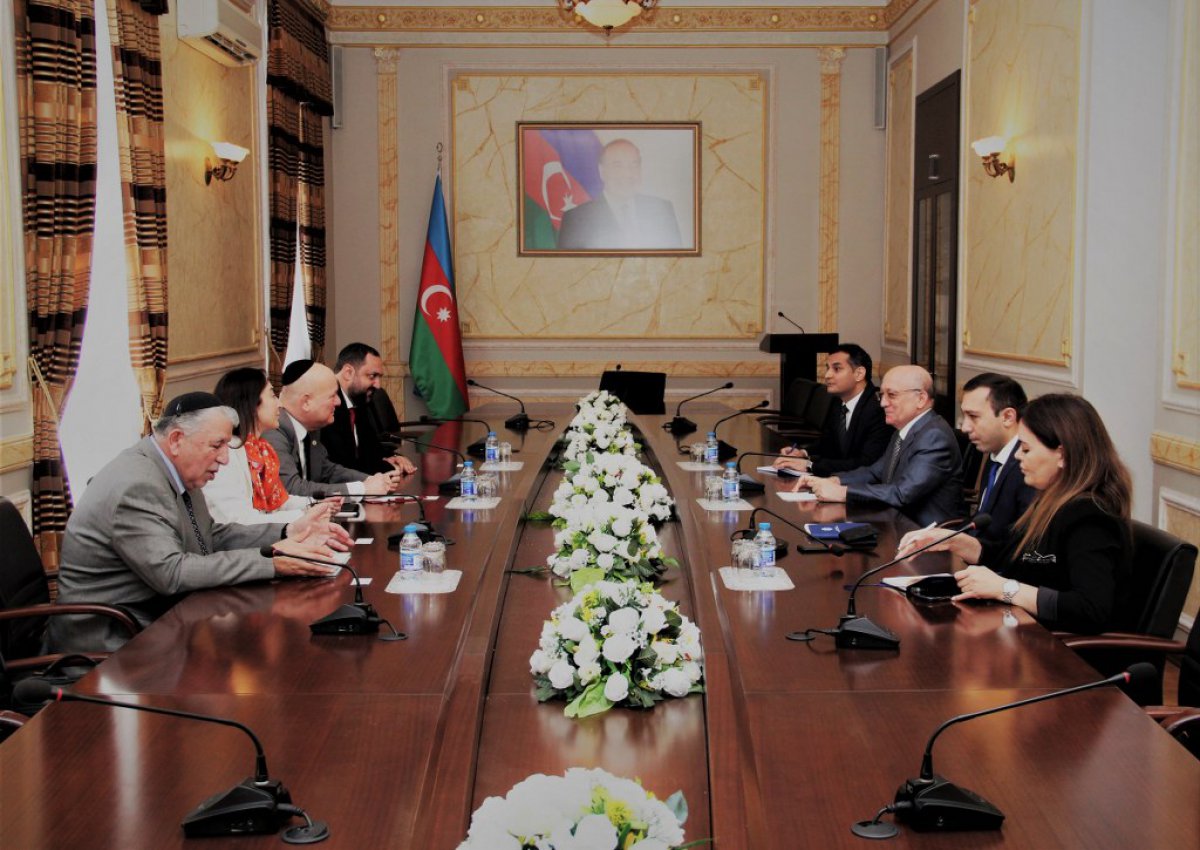 July 18, the Chairman of the State Committee on Religious Associations Mubariz Gurbanli met with CEO and Chief of Staff to the President of the Conference of European Rabbis Gady Gronich.

The Chairman welcomed the guests and gave information about the traditions of multiculturalism, interreligious tolerance and harmony in Azerbaijan. It has been noted that regardless of religion or nationality everyone has equal rights and that people freely practice religious beliefs and traditions in the country. The consistent policy pursued by President Ilham Aliyev plays a significant role in further strengthening and development of mutually respectful relations among the variety of religious faiths in Azerbaijan.

The Chairman of the Committee has touched the attention and care shown to Jewish religious communities and emphasized that the history of coexistence between Azerbaijanis and Jews goes back centuries, Jews living in our country have actively involved in the social and political life of the Republic.

Noting that the preservation of different cultures and religious heritage is one of the key priorities of the state, Mr. Gurbanli has noted that the Heydar Aliyev Foundation headed by First Vice-President Mehriban Aliyeva has made its contribution to the repair and restoration of the synagogues. At present, Azerbaijan is a home to 7 Jewish synagogues and 8 religious communities and annual financial assistance is provided to Jewish religious communities from the state budget.

Gadi Gronich has expressed his satisfaction over his visit to Azerbaijan and said that Azerbaijan is considered one of the few countries worldwide where freedom of religion is ensured. Wide range of opportunities for freedom of religion have been created in our Republic not only in words but also in practice and Azerbaijan is a country that can serve as an example for many states and societies of the world in this regard. Although the goal of multiculturalism idea in Europe has been set, the ways toward it have not properly been defined. In this view, it is of great importance in our modern world to promote intercultural dialogue and a unique model of religious tolerance and coexistence in the face of Azerbaijan.

During the meeting that held in a warm atmosphere there was an exchange of views over building mutual relationships and holding joint events among relevant institutions. 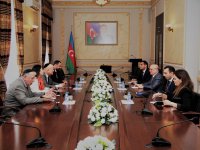 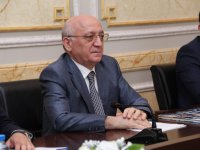 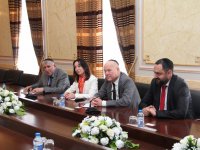 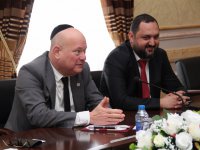