President Ilham Aliyev: "Zangilan mosque is being restored, plaques have already been placed there" 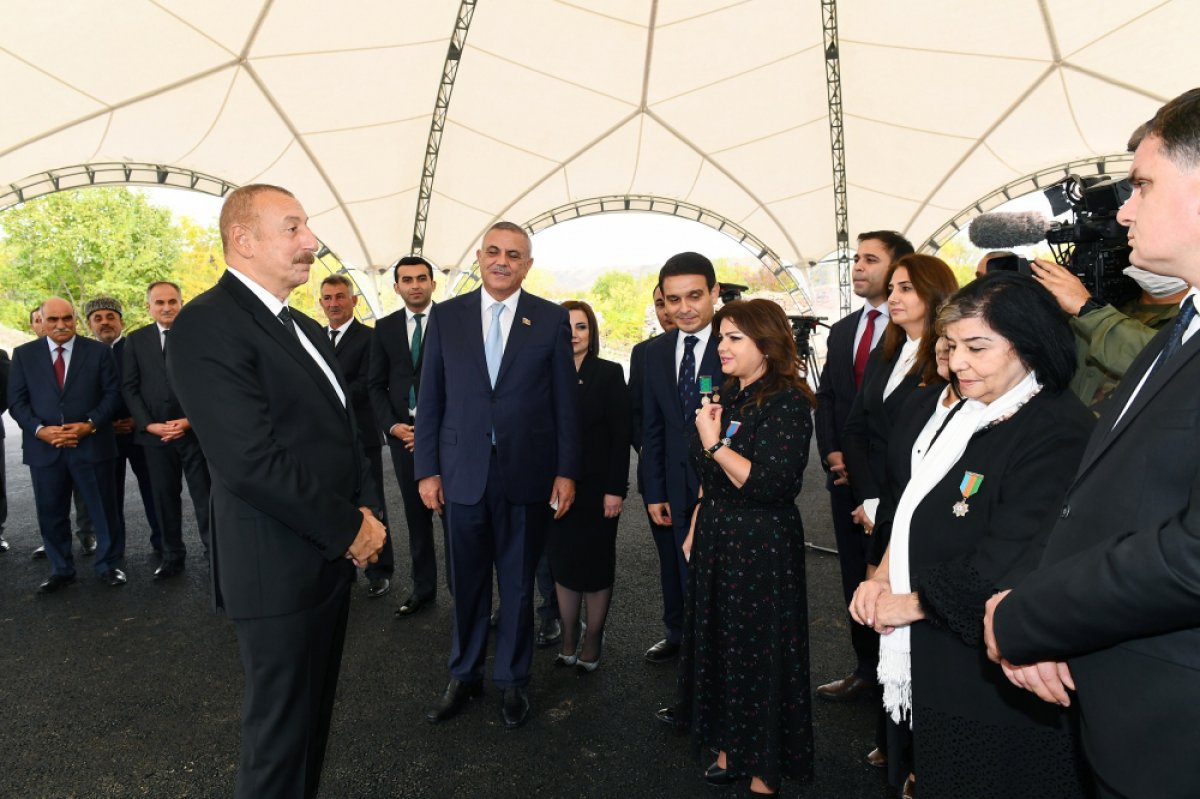 “Prior to the occupation, the population of Zangilan was slightly more than 30,000. It has now reached 45,000, and I am sure that all the people of Zangilan will come and settle here in such a beautiful place, in their homeland”. President Ilham Aliyev said at a meeting with the members of Zangilan general public.

The head of state has stressed that Zangilan mosque is being restored: “We are now restoring the mosque. The Heydar Aliyev Foundation is engaged in the restoration of the mosque, and plaques have already been placed there. When we were there, we also laid a symbolic foundation stone. We will restore it too. Yes, we will restore that ancient part. I was told that there was a community center or a warehouse there in Soviet times”.