Mubariz Gurbanli: “At initiative of First Vice-President Mehriban Aliyeva, restoration of historical and religious sites belonging to our people has begun in the liberated territories” 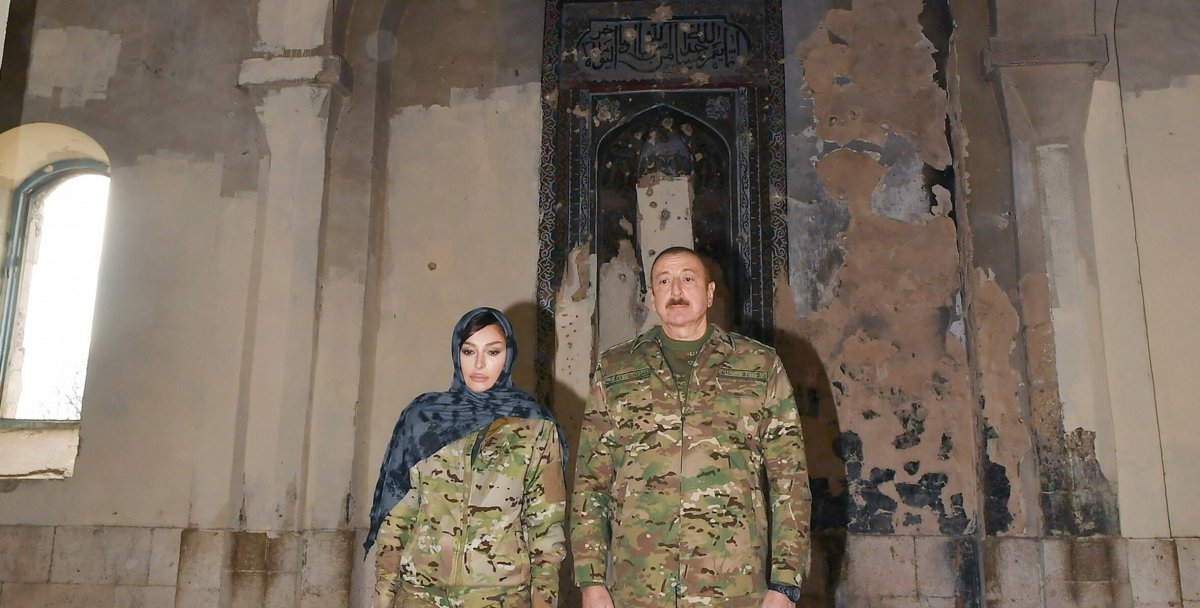 "The activity of the Heydar Aliyev Foundation in the liberated territories of Azerbaijan aimed at reviving the cultural and religious heritage belonging to our people should particularly be emphasized." The Chairman of the State Committee on Religious Associations Mubariz Gurbanli has said in his interview to yap.org.az.

At initiative of First Vice-President of the Republic of Azerbaijan Mehriban Aliyeva, restoration of historical and religious sites belonging to our people has begun in the territories liberated after 30 years of occupation, the Chairman expressed. “Laying foundation of a new mosque in Shusha by President Ilham Aliyev,  restoration of the “Yukhari Govhar Agha Mosque”, reconstruction of the mosque in Zangilan which was subjected to Armenian vandalism, reconstruction of the “Giyasli” Mosque in Agdam, carrying out restoration works in “Gazanchi” Church and so forth, show that Azerbaijani state highly appreciates national-moral, and tolerant values”.

Mubariz Gurbanli noted that during the visit to the Talish village of Tartar district on October 3, President Ilham Aliyev had visited the Albanian-Udi church destroyed by the Armenians and Russian Orthodox church and had said that restoration and reconstruction works would carry out. This states that the Azerbaijani state respects all religions.