President Ilham Aliyev: “We are both restoring historical justice and showing our attachment to our religious and spiritual values” 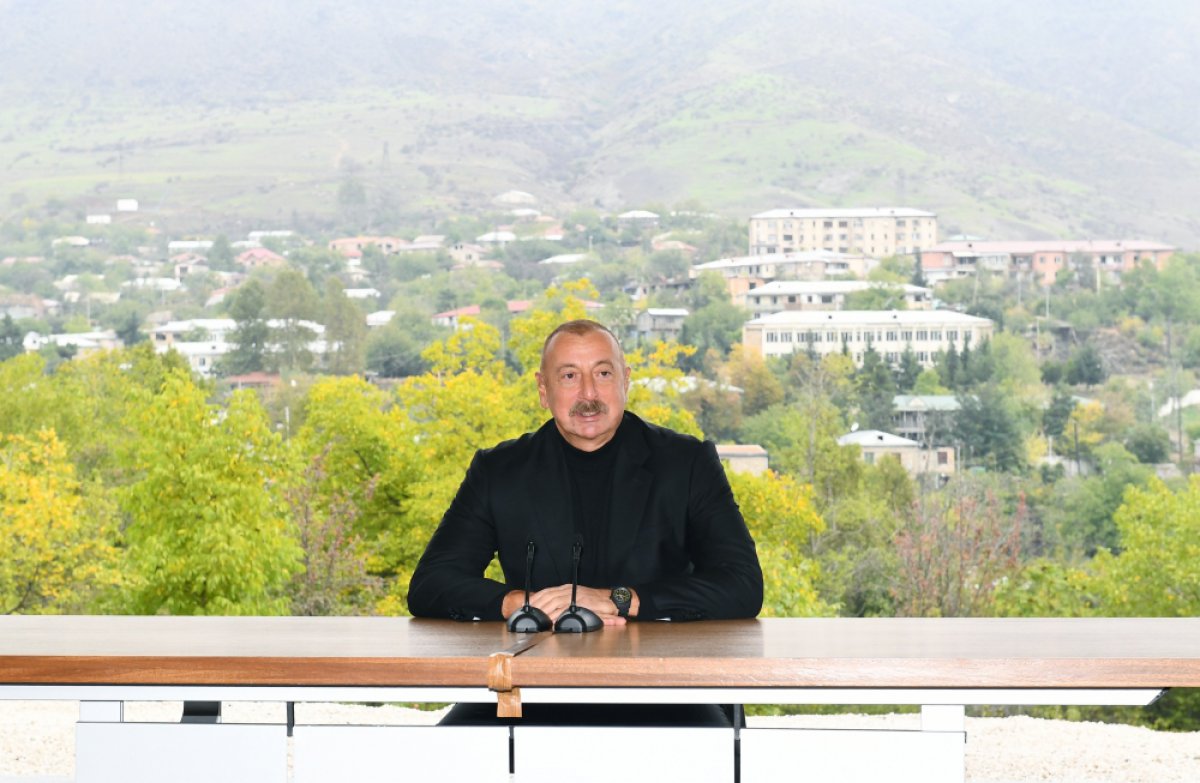 “Today, the restoration of Hadrut has begun. The foundation of the highway has been laid. The four-lane Hadrut-Jabrayil and Hadrut-Fuzuli highways will be built, the Hadrut substation will be built. Its foundation stone has been laid and the construction of a mosque in Hadrut has begun. I have laid the foundation of the mosque too, and I think this is a historic event”. President Ilham Aliyev has said during the meeting with the members of general public of Khojavand district. The head of state has stated that because in Soviet times, most of the people living in Hadrut were Armenians: “They, of course, would not allow the construction of a mosque here. We all know that it was impossible to build a mosque in the Soviet era as a whole – in the era of atheism”.

President Ilham Aliyev has emphasized that we are both restoring historical justice and showing our attachment to our religious and spiritual values. “At the same time, the substation and road are one of the key infrastructure projects, and other projects will be implemented. The historic part of Hadrut will be rebuilt”-,the head of state added.