President Ilham Aliyev: “Azerbaijan is considered as an example of tolerance and peaceful coexistence of representatives of various religious and ethnic groups living in our country” 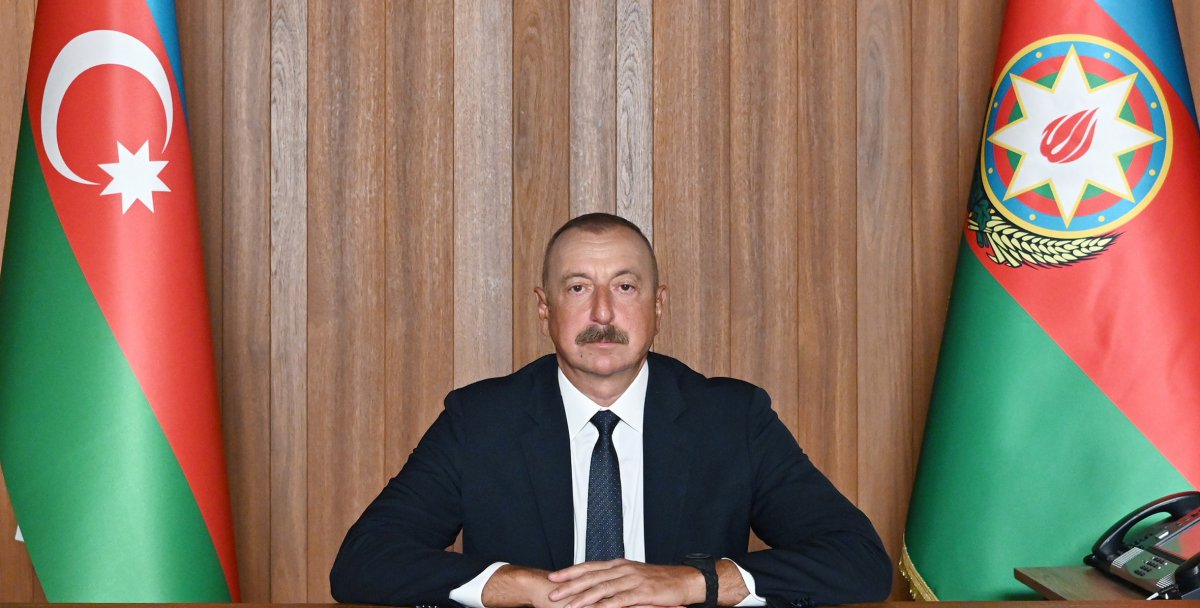 “In Azerbaijan, we cherish and support multiculturalism as a way of life. Azerbaijan is considered as an example of tolerance and peaceful coexistence of representatives of various religious and ethnic groups living in our country”. President Ilham Aliyev said in his speech in a video format during the annual General Debate of the 76th session of the United Nations General Assembly at the level of heads of state and government.

The head of state has noted that the UN strongly supports "Baku Process," which was initiated by Azerbaijan in 2008 to strengthen dialogue and cooperation between the Muslim world and Europe. “The UN General Assembly's resolutions have recognized the World Forum on Intercultural Dialogue held in Azerbaijan regularly, as a “key global platform for promoting intercultural dialogue”. Last September, addressing the UN General Assembly I drew your attention to continuing occupation of territories of Azerbaijan by Armenia and aggressive statements and actions of the Armenian government. Today, a year later, I proudly say that Armenia was defeated on the battlefield and Azerbaijan put an end to the occupation”.

President Ilham Aliyev said that Armenia, for about 30 years, kept under occupation almost 20 percent of the territory of our country. The occupation was accompanied with notorious war crimes and crimes against humanity. “Armenia committed Khojaly genocide in February 1992, killing hundreds of civilians including 106 women and 63 children. 1275 Azerbaijanis were taken hostage, out of which 150 are still missing. Khojaly genocide has been recognized by 13 countries. Ethnic cleansing carried out by Armenia resulted in more than one million Azerbaijanis becoming refugees and internally displaced persons. The UN Security Council adopted four resolutions in 1993 demanding immediate, complete, and unconditional withdrawal of armed forces of Armenia from Azerbaijan’s occupied territories. However, these and all other similar decisions adopted by relevant international organizations, including the UN General Assembly, Organization of Islamic Cooperation, Non-Aligned Movement, OSCE, Parliamentary Assembly of the Council of Europe and European Parliament were ignored by Armenia”-, the head of state added.