STATEMENT of the State Committee on Religious Associations 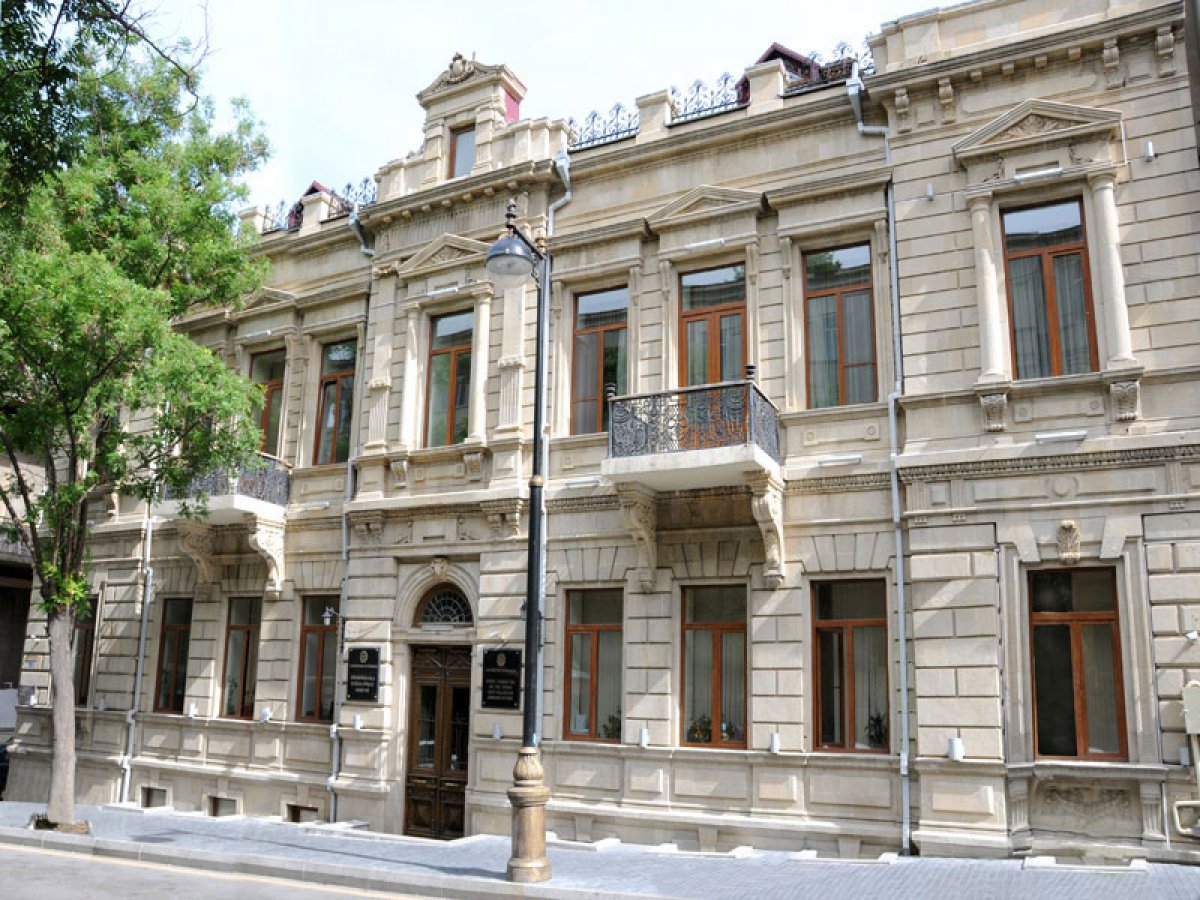 Of The State Committee on Religious Associations of the Republic of Azerbaijan on the factsheet entitled “Destruction of Cemeteries” of US Commission on International Religious Freedom dated September 1, 2021 related to the “Azerbaijan” section

In recent days, U.S. Commission on International Religious Freedom – USCIRF has released a factsheet entitled “Destruction of Cemeteries”. Unfortunately, as is often the case, the false allegations made in the factsheet do not reflect the real situation and refer to false information disseminated by Armenians, against the real attitude of the Azerbaijani side to historical and religious sites, including gravestones. Despite the fact that the factsheet covers the period after 2018, the “Azerbaijan” section repeats the "allegations on Nakhchivan and Baku" dating back to the early 2000s and the vandalism of Armenia in relation to Azerbaijani cemeteries is mentioned superficially, and although the document has a separate subheading called "Jewish cemeteries", it did NOT include information about the acts of vandalism against the memorial to the victims of the Holocaust and Jewish cemeteries in Armenia in 2020 and 2021.

We inform that, in general, in the history of Azerbaijan's independence, NO ANY destruction of cemeteries or graveyards has been recorded. Even during the 44-day war, the Azerbaijani Armed Forces did not carry out any attacks on enemy’s civilian objects, as well as religious buildings. Moreover, foreign journalists have repeatedly confirmed this fact.

The factsheet emphasizes that although destruction of cemeteries and other places belonging to Azerbaijanis, the deliberate shelling of the cemetery by the Armenian armed forces during a funeral in the Tartar district during the last war, the death of four people, and the injury of four more were confirmed by Human Rights Watch, strangely, this information was included in the "Azerbaijan" subheading. All of the above and the absence of a section under the "Armenia" subheading in the factsheet is an indicator of how pro-Armenian and biased this material is.

Unfortunately, the factsheet does NOT contain information about ethnic cleansing and genocide in the UN-recognized territories of Azerbaijan, which were held under occupation by Armenia for almost 30 years, the Armenianization of Azerbaijani toponyms, the destruction, along with hundreds of historical and cultural sites, over 60 mosques, about 200 sanctuaries, desecration of religious values ​​by Armenian side which kept cattle in dilapidated mosques, as well as the fact of Gregorianization or destruction of Christian churches belonging to the cultural heritage of Caucasian Albania or the Orthodox Church.

It's no secret that during the occupation, the citizens of Azerbaijan were deprived of the opportunity to visit the graves of their relatives, and in total, over 900 Azerbaijani cemeteries were either completely destroyed, or the remains of the deceased were removed from the graves, desecrated, and the gravestones were looted.

Along with representatives of the diplomatic corps in our country, international organizations such as ICESCO, the International Organization of Turkic Culture (TURKSOY), the Cooperation Council of Turkic Speaking States (CCTS), the Turkic Culture and Heritage Foundation, the foreign journalists carried out missions in the liberated areas, visited the cemetery in the Jabrayil district, which is an example of acts of vandalism committed by the enemy against the cemeteries, and called on the world community to condemn the Armenian atrocities they had  witnessed.

Soon after the end of the military operations, President Ilham Aliyev announced that all religious sites destroyed by the Armenian Armed Forces in the liberated territories would be restored, and on the instructions of the Azerbaijani president, based on the “Great Return” program, a large-scale restoration process was launched under the plan for the socio-economic development of those territories. Along with government agencies, the Heydar Aliyev Foundation is closely involved in the restoration process as well, and restoration projects are currently being successfully implemented.

In conclusion, deeply regretting the prejudiced and biased information, we reiterate that having assumed the responsibility of analyzing and assessing the state of freedom of conscience worldwide, the US Commission on International Religious Freedom has included some issues in the factsheet without investigating them. The State Committee on Religious Associations once again invites the USCIRF and other relevant bodies to cooperate in order to prepare more objective and accurate reports in this sphere in the future.