President İlham Aliyev: “Our mosques in Shusha must be overhauled, restored and their original appearance returned to them!” 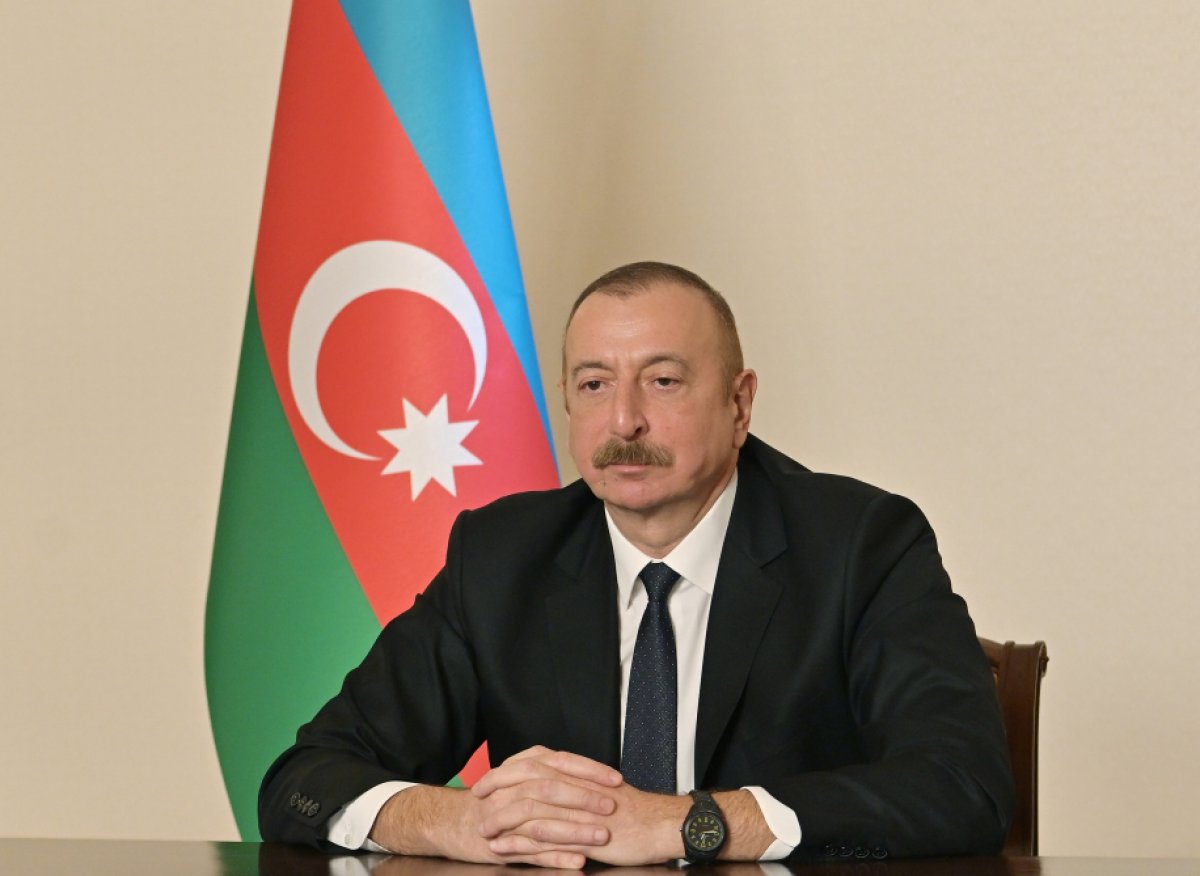 “The Armenians have destroyed more than 60 of our mosques. Pigs and cows were kept in the Aghdam mosque. A photo recently published by an Armenian journalist on the Internet infuriated the entire Azerbaijani people yet again. On that photo, the executioner of the Azerbaijani people, former President of Armenia Kocharyan stands in front of a mosque in the occupied city of Aghdam with his thugs and bandits. Insulting inscriptions can be seen on the walls of the Aghdam mosque. Notice who led Armenia, what executioner, someone with such mundane moral values! They have destroyed the city and desecrated our mosque,” said President Ilham Aliyev as he received in a video format Anar Karimov on his appointment as Minister of Culture.

They filled our mosque with cows and pigs and wrote insulting statements about our religion and our people on the walls of the mosque. It is Kocharyan who desecrated the mosque, painted insulting pictures on the walls of the mosque and wrote obscene words. His henchman Sargsyan and himself – they destroyed our cities for 20 years. Our cities were not destroyed during the war. It is impossible to destroy cities during the war. During the occupation after the war, all buildings and settlements were razed to the ground. They are vandals and barbarians but they ruled Armenia for 20 years. Our religious sites are and will continue to be protected, President Ilham aliyev underlined in his speech.

“All our major religious sites have been renovated on my orders. Many were rebuilt, including the Heydar Mosque, which was rebuilt on my instruction. Our other mosques have been renovated. They were renovated with the aim of preserving their original appearance. Azerbaijan shows its rich cultural heritage to the world in this area as well. The Juma Mosque of Shamakhi, one of the oldest mosques in the world, is located in our country. It was built in 743 and was actually rebuilt on my instruction. Or our Christian sites, Albanian churches, the Kish church, the Khudavang church. The liberated church of Khudavang has been returned back to its true owners, to our Udi brothers. Even though the Armenians changed its name and appearance as a result of a fraud, tried to Armenianize it, but they failed. Our Udi brothers have already held their prayer services in the Khudavang church. All other churches belonging to Caucasian Albania, including the church in Nij settlement. This church, renovated by the Heydar Aliyev Foundation, was opened during the war, and this is the best answer to those making groundless accusations against us. During the war, the Albanian-Christian church was opened after renovations. Russian Orthodox churches, synagogues, Catholic churches, Georgian churches, the Armenian Church in Baku – all these are protected by the state. But notice what our enemies have done to our mosques. More than 60 mosques have been destroyed in the occupied and now liberated lands, but there is no reaction. No international organization has ever condemned Armenia.”